It seems as if a critical mass of the community of IR scholars have settled on the notion that diversity is important, both in substance and in representation.  The problem is that this critical mass has very little conception of why diversity matters and just who counts as diverse.  Often the debate is driven by interested parties who are not members of “diverse” communities themselves.  While it is commendable for anyone to be fighting for what they think of as right, many advocates of diversity also (possibly unintentionally) manage to marginalize some diverse scholars, pit the quest for gender diversity against the need for ethnic diversity, and prioritize regional diversity over other forms of inclusiveness. Almost all notions of diversity that are used by advocates of diversity in the field neglect some aspect of either substantive or representational diversity.  In short, because actual ethnic diversity is so limited in the academy, our dreams and desires are being articulated by agendas that are counterproductive to the movement. 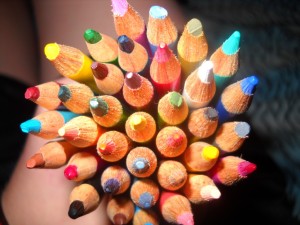 The debate on race/ethnicity and diversity in the International Relations field is critical, but in my view it is a conversation that needs to be driven by those whose interest in the subject comes from the sense of including these voices in our debates will improve outcomes, not out of some false sense of artificial representation and quotas.  Artificial quotas run counter to the goal of inclusiveness.  Inclusiveness cannot be achieved through inappropriate quotas.

The recent International Studies Association annual meeting and its run up with was filled with questions of race and representation.  There was a vicious reaction to the Sapphire series because the faces displayed were all starkly white.   There have been many calls to diversify representations on the ISA journals, the Governing Council and Presidency, as well as in the panels.  The problem though is that these calls for diversity do not seem clear on what it means to be diverse, how important it is for ethnic voices to be represented and why, and that these diverse voices need to speak for themselves.  It is important to empower diverse viewpoints in order to enhance outcomes, not out of some artificial notion of inclusiveness.

I have worked for diversity my whole life, not out of some false sense of activism, but due to the real need to increase the range of voices in our academic fields and to bring new people into the field that will helpfully change perceptions.  I have written on the topic in a few different places and in different contexts, diverse voices are important because their views and contexts are different, which leads to new analytical perspectives and pathways.  This is why this debate matters.  Stagnation happens when the same people keep working on the same forms of traditional scholarship, deriving unlimited formations of ancient ideas.  If the field accepts that part of the mission of the discipline of International Relations is to attempt to deal with global problems such as inequality, conflict, and repression, then it follows that different viewpoints are critical to achieving progress on these issues because the issues are diverse and global.

We need to take a step back and remind ourselves why diversity is important.  Yet, we do not need to fight for diversity out of some false sense of increasing representation through quotas.  Many racial minorities working in the United States are already stigmatized because some perceive they have their jobs because of some false sense of a need for token representation.  (Even my friends tell me that it is good I work in the UK since I know my job came through hard work and not affirmative action)  Tokenism is absolutely the worst thing that can happen if the goal is to value diverse viewpoints.  When I worked in the affirmative action office for Los Angeles County Probation, this was not our task.  Our task was outreach, recruiting, and basic help in the testing systems.  Anything more is illegal – pure and simple.

Many say we should refuse panels that are not racially diverse or are not gender diverse.  This is the quota system in a different form. I see that as destructive and unhelpful.  It is important to be mindful of diversity and seek it out, but it should not be forced.  My bottom line is that quality should never suffer in this process, because if it does the people chosen to be the representatives will be perceived as lessor, weaker, and token.

The point is that all views matter.  Increasing diversity increases the range of outcomes and forms of intellectual thought needed to tackle the great global problems. I refuse to let this debate be driven by those who work out of a sense of duty and protection, rather than advancement, opportunity, and inclusion.  It is strange that the debate on diversity has left many diverse people marginalized.  This was not the goal of this effort, yet it is the outcome.

One person’s diversity should not be privileged over another’s.  We need diversity but that should come from the perspectives of minorities in the Global North, scholars from the Global South, but also gender diversity, diversity of institutional backgrounds in the North, and diversity of orientation.  This is an uncomfortable conversation, but it is important to have it in order to let diverse voices speak for themselves, not be spoken for by the loudest in the room.  Organizations in the International Studies field have made dramatic progress, but future progress cannot be driven by those pushing some strange form of inclusion that is forced but not representative of the dreams of those who fight the fight everyday because of who they are.