Living in Scotland, the most frustrating thing about the independence debate for me has been the lack of evidence to back up foreign policy claims.  Both the Yes and No campaign make sweeping claims about the needs and desires of the Scottish people in relation to foreign policy.  The Yes campaign wants to be free of British control over foreign policy and makes the removal of the Trident nuclear weapons a cornerstone of their campaign.  The No side suggests that Scotland cannot possibly go it alone without the protection of Britain and starting a new military, intelligence service, and cyber force would be too costly.  Neither side is really engaged in is examining what the Scottish or English people want. 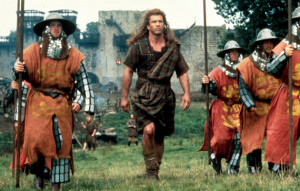 To that end, along with an undergrad student of mine, Antony Craig, we examined (for the Scottish Global Forum) what little information there was regarding Scottish versus British foreign policy preferences.  Below is the executive summary (in full here):

Investigating the comparative foreign policy perspectives of individuals is an important step towards understanding the motivations and preferences of a potential Scottish foreign policy mind-set.  Unfortunately few are interested in this topic, using the three surveys that do ask foreign policy questions that can be compared, we find that:

To summarize, Scots are more Europhilic, and they favour a greater and more altruistic foreign aid budget. Regarding the global status of the UK, the Scottish public are less interested in the UK maintaining its influence in the world, its military spending projects, and its nuclear weapons.  It is evident that the Scottish people have their own sense of identity when it comes to foreign policy priorities, but these views are an expression of the question asked, when it was asked, and how.

This investigation was just a start, much more work needs to be done and I hope to follow this work with polls and surveys of my own.  What is clear is we need information to counter conjecture in these debates.  The more normative question is if the divisions evident are really significant.  Mostly, Scottish people diverge about 10 percent from the rest of the UK.  Is this important?  Is this something the people should build an independence campaign on?  That is a question one must answer for themselves, but without information and data, we are no better than the typical palm reader.