I step into this breech timidly, the UK education system is severely rotting.  There is so much I can say and so much I should not.  As this is the start of my fourth year in the UK I have a lot to say about the UK higher education system and its faults.  It is not that the American system is perfect, it is often flawed at a deeper level (cost and access).  This is what makes the decline of the British system all that more troubling.  The benefits and advances will be lost with the continued underfunding of significant programmes and the neglect of our highest paying students. 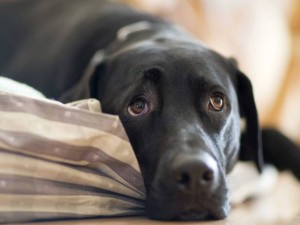 The latest news has been Theresa May’s “reform” of the education system where foreign students are now banned from working while they complete their degree and forced to return to their home country to apply for a VISA if they want to remain in the UK to work after the degree.  These changes will set back the UK education system for decades.  We have seen remarkable growth in international enrollment in our programmes, and make no mistake these programmes and their increased costs are funding an underfunded education system.  There is no back door to the British VISA system, it is hard enough to get a VISA as is.  All these reforms will do is drive away the less affluent international student and ensure that those that fall in love with the UK never return to contribute to society.

Banning students from working during their degree will cut out the ability of the average student to take a basic job in a shop or coffee house during the degree. This will mean that only those with substantial family funds will be able to come to the UK to study.  Britain never really was a true meritocracy, but this kills any hope of the advances of the British educational system being transferred to international community.

That those students who enjoy their time in the UK, make connections, and get a job that will sponsor them for a VISA (an almost impossible situation as is) will now be required to conduct this job search and process from their home country is devastating move for those that hope the benefits of a UK education will transfer to the domestic population.  Train them and then throw them out.

The PhD system in Britain is on a shakier foundations.  Funded, at least in Scotland, by a national competition with obscure rules and uncertain desires for projects they wish to fund that are often at odds with the dominant trends in the field.  Typically, the councils funding projects deviant from the trends in the fields might be a great idea, but here we are funding students who do narrow projects like their potential advisors, often offering no innovative pathways.

Instead the American system (often underfunded itself) funds the best students who have an idea of what project they might want to complete, but this is not locked into place. Training and coursework will determine their final project.  They are free to shift their interests according to the trends in the field.  This is how the system should work.  No one who starts a PhD should know exactly what they want to do when they start the programme, this basically means we are not shaping their outlook, only honing a narrow focus once that focus has already been chosen.

The Publication System and Its Incompatibility with British Higher Education

The deeper issue with the British system for PhDs is that to get a higher education job in this job market requires publications, a substantial amount of publications.  I hear of lower ranked schools demanding four articles for a starting Lecturer job.  A Russell Group school would require substantially more than this plus a book for an intro level hire.

Right or wrong, this is the reality of the job market.  British students cannot hope to compete in such systems without spending substantial years as a Postdoc, a rare post often funded by grants obtained by a full time staff member who have their own ideas of the project they need to complete.  In this system, independence is lost during the Postdoc years.

British school’s are almost incapable of hiring British PhDs.  The projects the students do complete tend to be narrow and lack innovation.  One solution would be to restrict the Research Excellence Framework (a framework I actually like and think is needed to encourage innovation) to staff five years removed from their PhD.*  Instead we will see the REF move more towards metrics and other bars that new students cannot hope to meet.

I have no clue what is next, many of us have built up this system as best we can.  Worked within it, touted the desirability of international students obtaining a British MSc or PhD, but what is the point if the system is not going to support these students?  To kick them out right after the degree.  To prevent them from working to fund their basic subsistence needs during the degree?  Not to mention to the potential humanitarian costs of forcing these students into an underground economy.  The death of the British education starts with these policies.

*While it is true that new staff have the option of submitting one or two pieces for the REF, this has no impact on hiring as the choice between hiring a potential newly minted PhD with one strong article versus hiring a Postdoc or an American student with a book under review and three top articles is pretty clear from a management standpoint.