I have been busy lately promoting my recently released book (with Ryan Maness), Cyber War versus Cyber Realities. In it, we dissect and empirically evaluation the emergent cyber era finding more bluff and bluster than realistic analysis of cyber conflict. In fact, there is very little evidence of cyber conflict and what conflict we do observe is very low level operations or espionage. 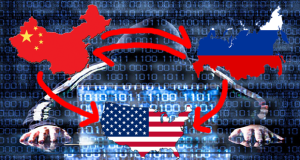 In this atmosphere of exaggeration, the United States released a new cyber strategy. Generally it is very considered and moderate overall, but it does make many claims that go beyond the bounds of logic and evidence. Adam Segal’s recounting of the Chinese reception of the document exposes many of its flaws (for an excellent evaluation of cyber conflict between the US and China see John Lindsay’s International Security article and his summary here). The contention is that reliance on the offense will provoke a cyber arms race of some form. While attribution of cyber-attacks might be easy for intelligence services, the debate over the culpability of North Korea during the Sony Hack raises many issues about the believability of American claims of attribution. What is more problematic is that while the U.S. can likely forensically account for the origins of cyber actions, doing so publicly often exposes their ongoing intelligence collection operations and generally degrades their security.

What the Chinese analysis does fail to realize through is American cyber alliances* are as strong as ever. While publicly Germany was a bit upset with Snowden’s revelations about American efforts to monitor Merkel’s government, news that Germany cooperated with the U.S. in monitoring individuals and corporations was not received well by the public. These revelations do demonstrate that Germany does continue to work well with U.S. operatives. The Citizen Four documentary was generally an inflated puff piece (that John Oliver did the best interview of Snowden is telling), it did make clear the deep level of British cooperation with American data collection efforts. Add to this the strength of the cyber alliance between Israel and the U.S., we see a strong picture of cyber cooperation for the U.S. despite the Snowden revelations.

Yet, the U.S. is not alone in creating cyber alliances and partnerships. Russia and China’s pledge not to hack each other is notable and makes sense in the general atmosphere. Their cooperation could be a source of strength, yet we also can’t forget the lesson of North Korea. China taught North Koreans how to hack and they went right back home and focused on China as much as the U.S.

Overall though we have the typical result in cyberspace that there is no specific domain or area of cyber security one country can dominate over another. Developing cyber weapons often means these weapons get out into the wild somehow. Cooperating and developing strong cyber alliances also might lead to vulnerability if the countries violate their own pledges and work to maliciously target each other in the event of a general conflict they did not anticipate. While it is almost impossible to conceive of a conflict between the U.S. and the United Kingdom or Germany, it is not so impossible to think of such a thing happening between China and Russia. Then what does this cyber alliance do?

The strength of cyber alliances will be an advantage into the future, but this is also challenged by American beliefs that the cyber era will lead to emerging digital boundaries. This effort shows a great unawareness of what the internet is and what it has become. While physical boundaries do remain and are in operation throughout the world and the quality of the internet throughout varies (as I am painfully aware of writing this in Egypt), we still have witnessed a great revolution in how people communicate and there is no turning back. The Chinese have made strong efforts to create the Great Firewall of China, but as they found with the Great Wall centuries before, there are always leaks.

We are left with a confused picture of the frames of cyber conflict, digital boundaries, security dilemmas, and nationalist politics during this emergent cyber era. Hopefully more careful analysis in the future will lead to great logical consistency of claims, but like the era of terrorism before it, the cyber era will likely be populated with inflated claims and scare mongering that does not meet with reality.

*To be clear, I am using the concept of an alliance in a fuzzy way to match the discourse. This is no way follows the Correlates of War definition of an alliance being a formal agreement that includes defense pacts, non-aggression pacts, and consultation agreements.