Spoilers, maybe.  Who knows, everyone is so sensitive now.

Sorry Britain got it first, hope I am still here for Episode VIII… 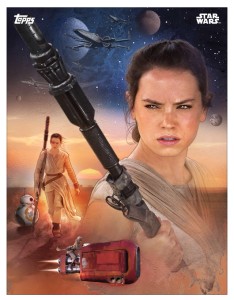 So I saw it twice, within 12hrs. That is how much I liked The Force Awakes (TFA), I didn’t plan on this. Had a full day planned.  It held up pretty well a second time, I focused on things I missed or passed me by the first time around, but also the feel of the movie.  That might be one of the best parts, some of it felt lived in, gritty.  Other parts were a bit “green” as Rey points out, can’t blame them for not wanting to film in a wasteland for the whole production, but every set, prop, or location was chosen with care.

What did stand out the second time was how female-centric the movie was.   Men still play many key roles, but Leia is clearly in charge of the Resistance (are we sure she is a good General?), Rey is the primary hero and protagonist, Maz Kanata is basically the new Yoda, propelling our hero forward.  The only shame was how the First Order handled what was reported to be their hero, Captain 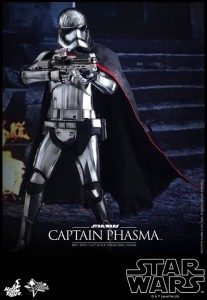 Phasma, but women do now have prominent roles in the command posts for First Order ships (wish there was a nice picture of this).

In addition to handling gender better than just about any blockbuster in recent memory (do we really need to go back to League of Their Own on this? Does Matrix count?), this has to be one of the most diverse casts ever.  Finn is front and center. Poe is Latino and takes out ten Tie Fighters in one pass, Asians have positive roles, even that guy who was in Sopranos and Lost for a minute. A new Porkins was born. 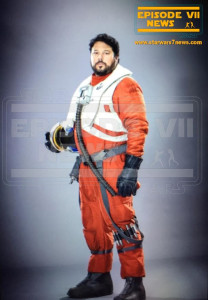 All around it was a remarkable movie in that it so effortlessly handled race, ethnicity, and what a real galaxy would really look like.

Saving legions of Political Scientists after the fallout from the Prequels, virtually no Senate politics, blockades, and other silly political machinations that made our job so tough.  Pretty sure we won’t have to debate the ethics of destroying five planets at once.  As Jackson and Nexon point out, it is perfectly acceptable to use popular culture as a research tool, teaching device, or model, but you need to get the rules right.  I am sure political clickbait will be written, but the logical leaps needed to make extreme points will be pretty Jedi (or Jar Jar) worthy.  And Luke is not a terrorist, A New Hope was inverse Vietnam.

Gloriously there was not one cyber security issue in the movie, couldn’t be happier since that National Interest piece on Star Wars and Cybersecurity was so bad I refuse to link it.  What was up with R2? Dude probably could have helped much more but nooo, he was hanging out in the corner.

Some of the most cynical reviews point out that TFA basically repeats or re-imagines A New Hope.  I disagree, there are many moments of juncture, some I pointed out above.  But the basics are there, and that is both a service to the fans, the realization that the Prequels just failed when they tried to do something different, and a nod to storytelling since time began.  Lucas ripped off Westerns which ripped Japanese films which probably ripped something else off.  It never ends, execution is key.  Originality is great, but do you really know what Donnie Darko was about?  Tron: Legacy – how did that all work (hint, digital jazz)?  To me this is more like Mad Max Fury Road than A New Hope inverse.

TFA was a great, fun movie. Looking forward to the next one but this one really hit all the buttons. Perhaps the favorite thing would be who Supreme Leader Snope probably is, glad some of the extended universe books live. Hope to see 11-4D soon.

The worst part probably had to do with two issues, how did Han and Chewie find Rey and Finn?  Likely this will be answered at some point as it is hinted at, but it was all a bit “Doctor Who” with that plot turn.  Two, can we stop with the super weapons.  They are near impossible to build and fund, is there not a Conservative leader of the First Order who is concerned with the rapid increase in military budgets and focus on massive weapons over more agile weapons.  How does that Star Crusher thing even work in terms of targeting? I doubt the Sun recharges, so it has to move now?