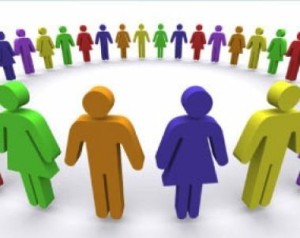 I wrote yesterday about the lack of an “endgame narrative” in current discussions in the West about how to deal with terrorism. There’s lots of “get tough” talk involving expanded bombings, torture, and other such measures which, as Barbara Walter points out, only play into the hands of the groups that commit terrorism.

In the wake of events like yesterday’s attack in Brussels, people naturally ask, “Why are they doing this to us? Why do they keep killing innocent people?” The answer is narrative. The terrorists (in this case, Daesh or the “Islamic State”) have a story. Right now in the West, we don’t have a counter-story – at least, not one that makes any sense. In that sense, the terrorists are way ahead of us.

The story that Daesh tells is a simple and familiar one. They believe in absolute rejection of anything that falls outside of what they regard as the “rightful Islam”. That most Muslims in the world disagree with them is simply a reason for Daesh leaders to declare everyone else heretics and kill them, which is why to date vastly more of Daesh’s victims have been Muslims rather than Christians or Westerners. This rejectionist narrative is simple: it’s “us” vs. “them”, with very narrow and bright lines separating the two.

This is why Daesh blows people up in Brussels. Such actions reinforce their narrative by demonstrating to their followers, through action, the clear lines between “us” and “them”. They also trigger responses from the West that play into their story: more suspicion of Muslims, more severe reactions, harsher rhetoric. The more Trump and Cruz and others out-bid each other on who can be harsher towards Muslims, the more we reinforce Daesh’s main story. “See!” they will say. “They will never accept us in the West. There is no accommodation, no coexistence. We must destroy them before they destroy us!” And so every angry, fear-ridden speech is another victory for their cause.

This simple rejectionist story is diametrically opposed to a long-standing tradition of Pluralism (for lack of a better term). Pluralism is a little more complex as a story, but fundamentally it boils down to envisioning a society in which many different kinds of people work together, live alongside each other, learn from each other, and coexist peacefully. There are variations on this theme, from Cosmopolitanism to the “melting pot” or “salad” analogies, but all rely on a fundamental premise: that all humans belong to the same group, and all are due the same respect, dignity, and opportunities in life. It is a story completely at odds with the world as Daesh sees it, because there is no “us” and “them”, only “us”.

What undermines the Pluralism narrative, more than anything else, is fear. When we get afraid, we reject those who are different from ourselves. We want to push them away, keep them at a distance. Enclose them in isolated, patrolled neighborhoods. Keep them from crossing our borders. Label them clearly so they can be spotted in public.

Rejectionism is easy. Pluralism is hard. That’s always been true, and it’s not going to change.

This is where a coherent strategy for an endgame to terrorism matters, because any such strategy would have to be rooted in a story about a post-terrorist world. Most of our “leaders” today are either silent on this issue entirely, or they advocate a strategy in which terrorism will be gone only when we have killed all the terrorists. That’s a Rejectionist story, and a bad one at that – because you will never kill all the terrorists. There will always be more. It’s an approach that will lead to permanent war, a hellish cycle of perpetual violence .

Telling a Pluralist story, and trying to draw a path from the carnage in Brussels (or Istanbul, or Paris) to that future is hard. It will take courage, and imagination, and a very thick skin. It may not be politically expedient in the short run (which is why it probably won’t happen anytime soon). But the alternative is a future of more bombings, more death, more violence. There is no endgame in that story. Which is why we so desperately need a new one.