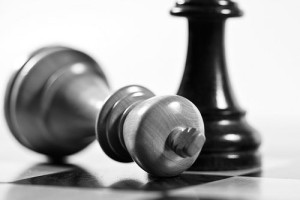 As we sift through the information about the latest terrorist attacks in Brussels, the immediate responses are fairly predictable. Leaders in Europe will condemn the attack, as will most mainstream Muslim leaders around the world. Far-right parties in Europe will say, “I told you so”. Donald Trump will renew his call for a ban on Muslims coming into the US and for torturing terror suspects. None of this is new or particularly interesting.

There will also be predictable calls for stepped-up security, debates over appropriate levels of surveillance, and the usual tactical discussions that take place in the wake of these events. Government intelligence agencies will review what happened to see where (or if) they failed to “connect the dots”, and everyone will vow to do better next time. There will be some renewed attention to Syria and discussion about whether that war, the Daesh phenomenon, or the refugee flows coming into Europe have contributed to the latest string of terrorist attacks.

What I don’t see from anybody, right or left, Democrat or Republican, European or American, is an endgame. No one has to my knowledge yet articulated a strategy on how to achieve a future in which these kinds of attacks no longer happen.

Lots of politicians, of course, pretend to have such a plan. They talk about increased security and travel bans and torture and carpet-bombing far-away lands in confident tones, as if such actions will, if undertaken with enough resolve, cause the terrorist attacks to stop. No one who has spent more than 5 minutes studying terrorism believes them, of course, and I think most of these politicians don’t believe it themselves.

Beyond this, there isn’t really much on offer. Nobody has offered a serious plan for ending the disaster in Syria and curtailing the Daesh/Islamic State movement – and even if you did, many of the radicalized fighters there would simply escape to other places to plot other attacks. We should be careful not to overstate the threat, but there are thousands of radical Islamists in various places around the world, loosely organized and affiliated, often disagreeing with each other, but trained in various tools of violence. Solve both Iraq and Syria, and many of those people will go elsewhere (Libya? Afghanistan? Somalia?)

I don’t have a plan to suggest either, but it’s high time that we started at least asking the question. This is not a military question, and it’s not even primarily a political question. The political demands of these groups are too disparate, even contradictory, to be met, and their capabilities too diffused to be defeated through military and law enforcement means. Ultimately this is a sociological phenomenon, a movement that has captured just enough people around the world to be self-sustaining. What causes such movements to peter out?

At present, most leaders are proposing some variants of “better prevention” or “kill them all” strategies. Neither will get us where we want to go. This is an area in which the scholarly community could have a real impact, if we can just focus on the right questions.