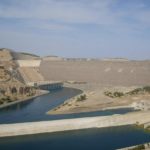 Given that yesterday was World Water Day, it is a good time to reflect on the importance of humans’ access to clean water and the security threats that unequal access to water resources can create. While countries like Canada and the United States are fortunate to have large internal supplies of fresh water, many states like Iraq and Syria depend heavily on rivers that cross international boundaries. One third of the 263 international river basins in the world contain three or more countries, making negotiations over shared water resources complex. Israel’s seizure of the Jordan River headwaters area in the 1967 Six Day War created concerns that many more “water wars” would emerge. Yet while academics and pundits warned that water conflicts would increase in the decades to follow this conflict, most interactions between countries over shared river resources have been cooperative. 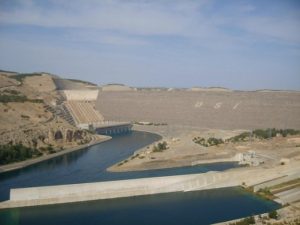 Professor Aaron Wolf and his colleagues at Oregon State University have identified nearly 450 interstate treaties in shared river basins over the past two centuries and thousands of incidents of water-based cooperation between riparian states.

My research with Professor Paul Hensel in the Issue Correlates of War (ICOW) Project identifies 143 diplomatic conflicts between pairs of countries in cross-border river basins between 1900 and 2001. These conflicts can involve contestation of the river as the boundary between countries (e.g. China-Soviet Union, Ussuri River), conflicts between upstream and downstream states over water quantity (e.g. Israel-Jordan, Jordan River) or water quality (e.g. Netherlands-France, Rhine River), and conflicts over navigational rights on the river (e.g. Costa Rica-Nicaragua, San Juan River). Sixteen of those 143 cases (11%) have experienced one or more militarized conflicts between countries in the river basin. Yet this is a lower rate of conflict compared with diplomatic disputes over land/island borders (42%) or maritime areas (27%).

Our research shows that militarization and hostile diplomatic interactions are more likely to occur in areas like the Middle East where water is scarce, where there are fewer cooperative regional treaties to manage shared water resources, where upstream states have capability advantages (e.g. Turkey in the Tigris-Euphrates River basins), and where both sides value the resources that the river provides (e.g. water for agriculture/industry/human consumption, hydroelectric power, fisheries). On the other hand, cooperation is possible when water scarcity increases, when states share political (e.g. both democracies) or legal systems (e.g. both civil law), and when downstream states have other resources to trade for water (e.g. oil or natural gas). The effect of relative power is more nuanced, though, as stark power advantages for upstream states translate into bilateral agreements more frequently, while power parity promotes the emergence of multilateral treaties. Countries have experienced conflicts over water resources in international river basins, but certainly not at the level one would have expected fifty years ago when water wars were forecasted with greater frequency.

On the other hand, water conflicts between countries may increase internal security risks for states in shared river basins. Consider the case of the Syrian civil war, where water factors were certainly relevant for the outbreak of violence. A series of dams constructed by Turkey in the Tigris-Euphrates River basins as part of the Greater Anatolia Project (GAP) reduced water supplies in Iraq and Syria downstream. Given that over 97% of both countries’ water supplies come from rivers that originate outside state boundaries, the reduction of water from the upstream area combined with a serious drought in 2007-2010, resulted in close to 1.5 million people being displaced from river basin areas. This shock not only increased the urban population areas of Syria by over 50% in just eight years, but also devastated agricultural and livestock production. The initial protests in Dara’a in March 2011 occurred in one of those cities that had witnessed a massive influx of internally displaced people.

My research examines whether the pattern of the Syrian civil war generalizes to other contexts. I look at all countries in the world between 1946 and 2011 and analyze the relationship between interstate river conflicts (from the ICOW dataset) and various forms of intrastate violence. I find that states face much higher risks for assassinations, guerrilla warfare, government crises, purges, riots, demonstrations, revolutions, armed conflicts, and civil wars if they have ongoing diplomatic conflicts with their neighbors over shared river resources. If these conflicts involve water quantity issues, as they did in the Tigris-Euphrates basins, the risks are most acute. Countries with multiple diplomatic river conflicts (e.g. Israel and Jordan) are 500-800% more likely to experience civil wars than countries without such regional water conflicts.

I also find that conflict is more likely in situations where ethnic conflict is present, especially if groups have differential access to water resources. On the other hand, water quality (e.g. pollution) or navigational rights in river basins do not pose internal security risks like water quantity issues do. Downstream states like Syria also face higher risks for internal violence than upstream states like Turkey. Even though Turkey provided military support and safe-haven for Syrian rebel groups, the two countries engaged in cooperative effort to build the Orontes dam as the civil war continued. This shows paradoxically that while water insecurity raises the risks for intrastate violence, countries still use predominantly cooperative interstate strategies when interacting with their riparian neighbors.

Thus while the water wars pundits warned us about may have been avoided in the interstate arena, we may have simply missed the significant increase in intrastate violence that occurred by looking for water wars in the wrong places.